This year marks the 10th year that the AMC movie theater chain has presented a "marathon" showing of the films nominated for Academy Award for Best Motion Picture Feature Presentation. Called the Best Picture Showcase, the event has all eight of this year's nominees shown over the two Saturdays before the Academy Awards (There are also seven locations showing all eight in one day.)

I've attended three previous presentations (one in Orange, one in Emeryville and one in San Francisco.) This year (like last) the closest location was at the AMC 1000 Van Ness. While not the best location (I would have preferred The Metreon since it's closer to BART and has more dining options) it still works.

To get to the theater, I was able to hop on BART and then walk. It was a beautiful morning and the walk from Powell Street station allowed me to see some things I had not noticed before. 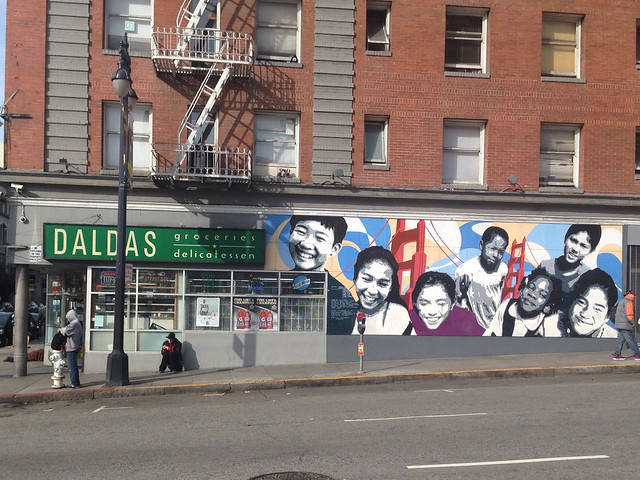 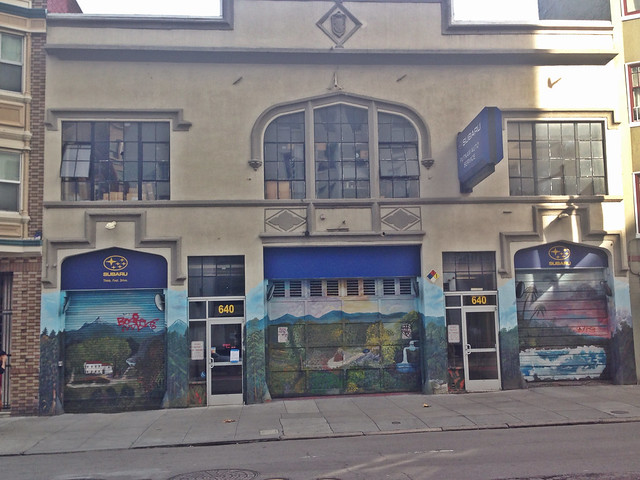 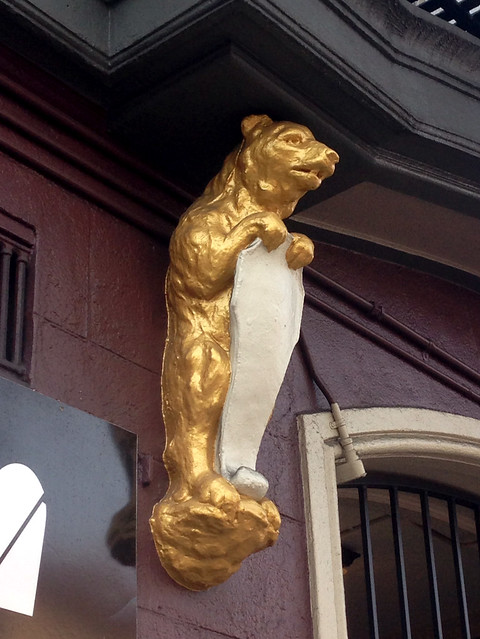 Upon arrival at the theater, I was directed to a special check-in desk where attendees exchanged their tickets for the Day One lanyard. With the lanyard, I had in-and-out privileges. They also had a commemorative program guide and poster. My next stop was the concession stand. As an AMC Stubs member, I was given $5 in concession credit (for use only on that day) which I cashed in for a large soda (free refills all day) and popcorn (again, free refills all day.) Since the theater has Coca-Cola Freestyle machines, soda refills were easy to obtain.

With snack and soda in hand, I snagged a seat in theater number 4.  Prior to the first film, the theater manager introduced himself and reviewed how the day would proceed. Breaks between each of the first three films would last between 20 and 25 minutes -- enough time to stretch your legs, use the restroom, refill your soda and get a snack. The last break would be just over an hour, which would allow you to get something more substantial to eat. He also reminded everyone to tag social media posts with #amcbps and that trivia (with prizes) would take place before the last feature of the day. 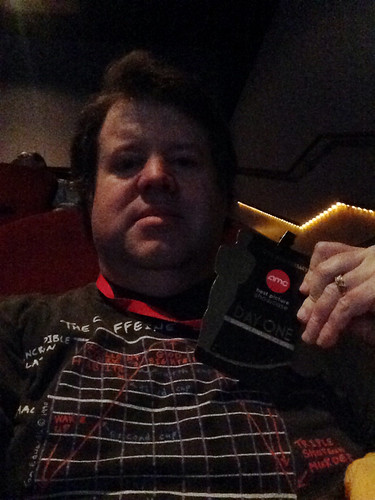 Me and my Lanyard

With that it was time to watch the films...

I enjoyed Stephen Spielberg's historically inspired film. While I knew that Francis Gary Powers was exchanged for a Soviet spy, I was not familiar with the story of how that spy was captured, his trial, the story of Frederic Pryor and what was involved in getting the exchange to take place. The film kept me engaged and made me draw parallels with events of today such as the rights of accused non-US nationals and the desire of some to build a wall to "protect" the USA. The film is worth watching at home. Be aware that like all historical dramas, not everything on screen is factual.

I knew very little about Lenny Abrahamson's film going in. The subject matter -- how a mother and daughter deal with being held captive in a shed and how they are affected after escaping -- is by no means pleasant. That said, the film hit me with the gamut of emotions. There were a couple of times that I was wondering where the story would go, but during those times I thought about the characters that I was watching and that in their story, they wouldn't know where they were going. This is a film worth seeing, but just be prepared.

Of the four films for the day, this was the one I was looking forward to seeing on the big screen. George Miller delivered with two hours of adrenaline-filled fun. There were times where I was wondering, "OK, when's the action going to slow down?" There were some points where that did happen, but for most of the film, the gas pedal was pressed to the floor. Interesting side note, after the film a few attendees brought up #OscarsSoWhite and mentioned how this film was literally the "most white" of the Best Picture nominees.

Before the last film of the day, I took advantage of the break to get some real food. Green Apple Market on the corner of Polk and Post won the day with a hot chicken sandwich for $6.99. It hit the spot. (This coming Saturday I may opt to go to The Chairman since I like their truck.) 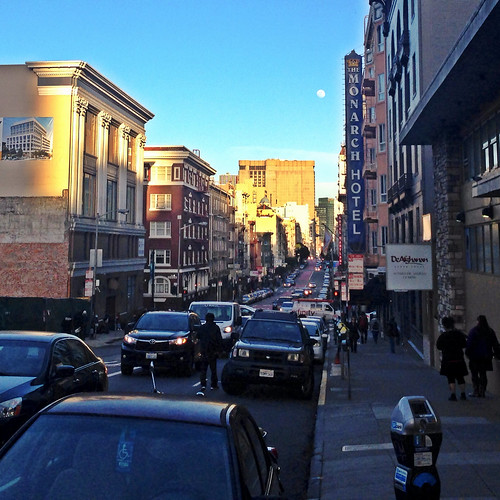 The Moon over Geary 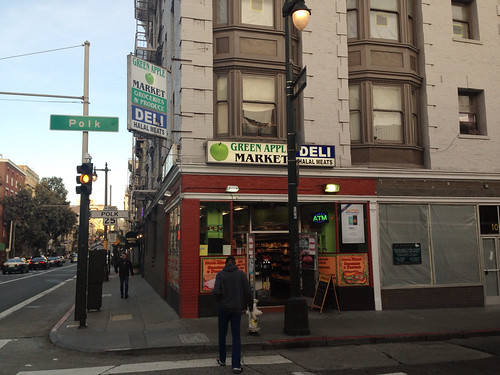 I got back in time for the trivia contest. I liked how the contest was run; the manager asked the audience, "Who wants to play?" He then selected someone and asked a question that was related to one of the day's films, and if the person got it right, he or she had a choice of prizes ranging from a movie pass, a tee shirt, and some other random items. If the person got it wrong, he gave other audience members the opportunity to answer it correctly. I didn't play. Maybe if they have better prizes next time. 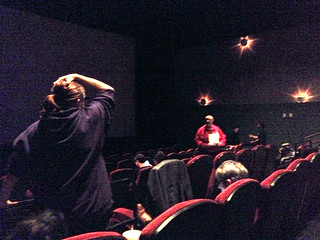 That led us to the last film of the day.

The day started with a historical drama and ended with a historical drama. I was already somewhat familiar with the cause of the 2008 financial crisis and some who foresaw it. This covered what most would consider to be a boring subject in a pretty entertaining way. Yes, it plays a bit loose with some of the details, but even that gets acknowledged. I enjoyed it!

With the first four films done, I won't make any predictions. I'm looking forward to Saturday and the remaining four films: Spotlight, Brooklyn, The Martian, and The Revenant.